Project of the Day:
WhirlyGigs 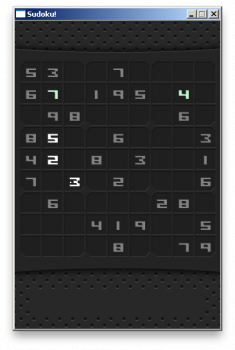 Gosu is a 2D game development library for Ruby and C++.

Gosu is focused, lightweight and has few dependencies (mostly SDL 2). It provides:

Gosu is mostly used to teach or learn Ruby or in short game development competitions. It’s also a great prototyping tool and should work for indie game development, though nobody has really tried that.

In addition to the documentation linked from the sidebar, there is a free book by Mark Sobkowicz that will guide you through the creation of four different games:

Both Gosu’s documentation and the book assume that you used Ruby before.

Some recent talks and screencasts about Gosu, or Ruby game development in general:

Gosu and all documentation © 2001-2022 Julian Raschke, Jan Lücker, and other contributors. Gosu is released under the MIT licence.