I have been let down by a friend of mine who has failed to come through in making me a few sprites. Specifically i need a couple of new gun turrets and an enemy spacecraft.

The turrets should be composed of two images, the turret itself (effectively just a barrel that rotates separately from the main sprite) and the base sprite for the barrel.

I've attached a few images so you can get a feel for style of the game. Note if you are the guy who made me the platforms (which are great!) then i'd really love to work with you again! (and i can pay you this time)

Here's a video of the game so far btw: http://www.youtube.com/watch?v=rQN371Nup18 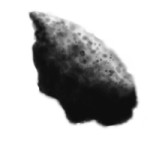 By RunnerPack Date 2011-02-05 08:10
Do you want to replace the images of the turret etc. shown with new ones, or add more that look different yet fit the "theme/feeling" of the rest? I assume the platforms and the lander ship are made by one "race" (the good guys) and the turrets and the (proposed) enemy ship are another race; correct? (Or are there multiple enemy "races"?)

What about the "walking" guys? Would you like some that, you know... walk? ;)

PM or email with specifics.

i think "add more that look different yet fit the "theme/feeling" of the rest" is the proper analysis, though i admit the current turret is a bit crappy so if you feel like replacing it feel free :)

Well currently there are really just two races, the lander/astronauts is one race and the turrets/enemy ship is the other.

The walking guys are just stand-in graphics right now, you might have recognizes it's megaman :) i actually have walking animations for him i just havent got round to sticking them in...though i think it's perhaps bad-form to use megaman, but it doesn't really bother me too much. If you'd like to do a new astronaut, feel free - though this isn't really that important/urgent for me :)

The scale of the new sprites should follow the scale/dimensions of the turret/lander sprites attached to this thread.

thanks a lot for considering this! let me know when you have time to do it, and i'll arrange the $ with you.