In the first case the window isn't created and an error, stack level too deep (systemstackerror), is showed.

In the second case; the windows is created, and the music is played but nothing is drawn. In fact the window acts as if it had frozen a part of what's behind it.

For both problems I have tried different things, an ocra executable built from ruby 2.3.1, another from ruby 1.9.3 and a rb file with a ruby 2.3.1 installation and the result is the same. Same form creating manually a window on irb.

By jlnr (dev) Date 2016-09-17 07:16
Ouch. What operating system are these computers running? Was it windowed or fullscreen mode that failed? Was there more information in the system stack error in the first case?

Both have been tested in window mode.

For the first case, I have a screenshot of the test on irb : 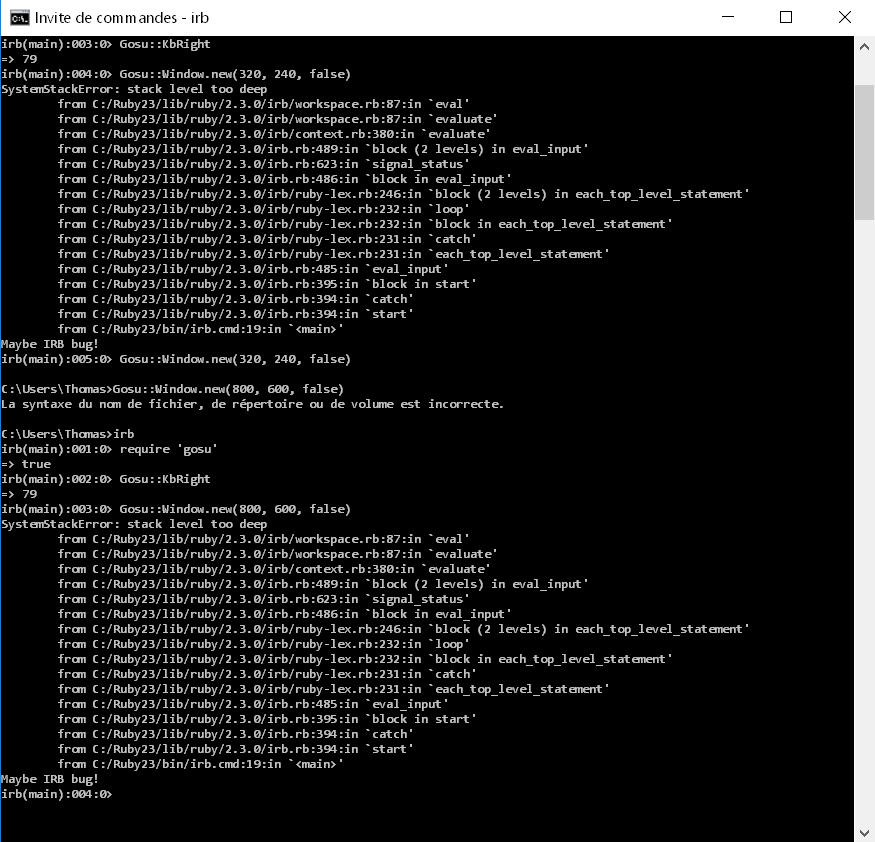 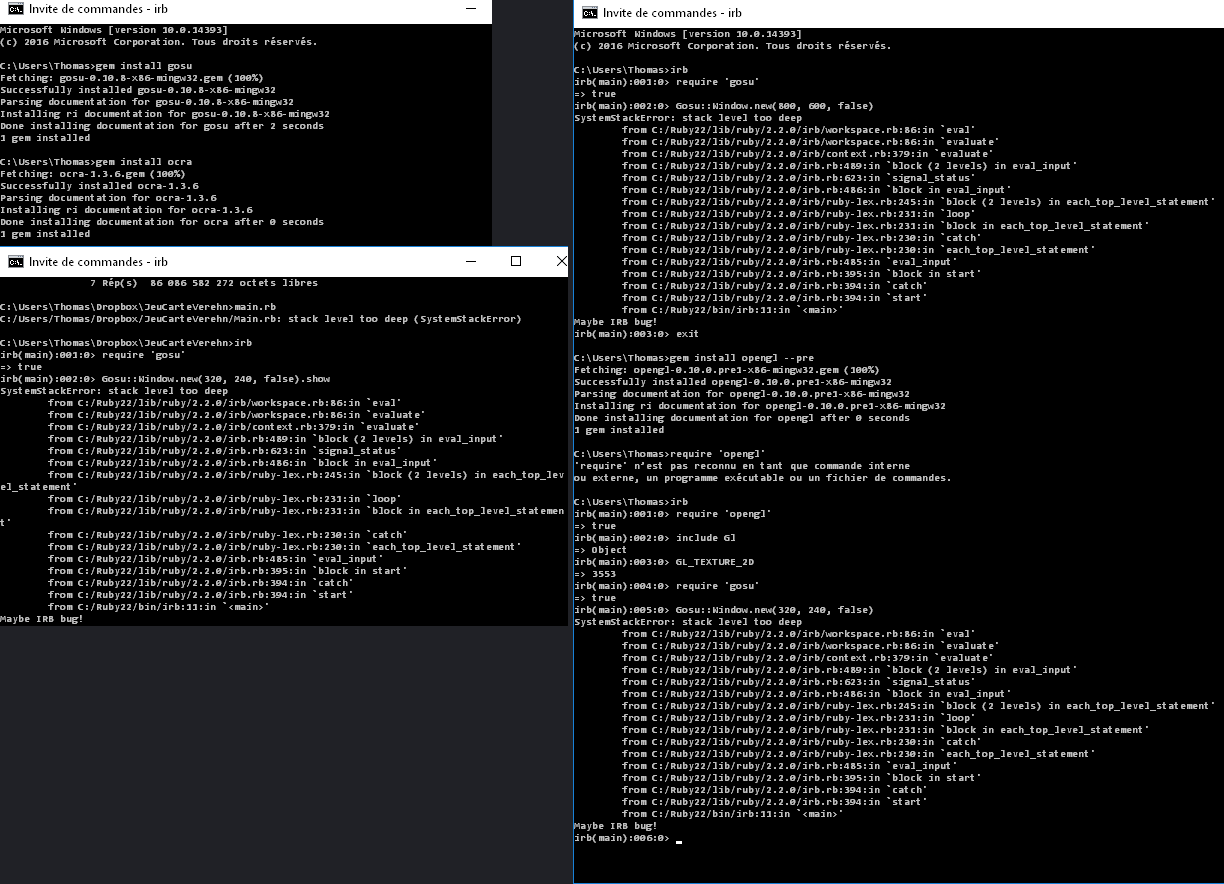 By jlnr (dev) Date 2016-09-19 13:09
Thanks! I'll try to trigger some errors here and there on my system. I suspect that there is a useful error message somewhere, but Gosu's (slightly hacky) error handling turns the more useful error into a stack overflow.